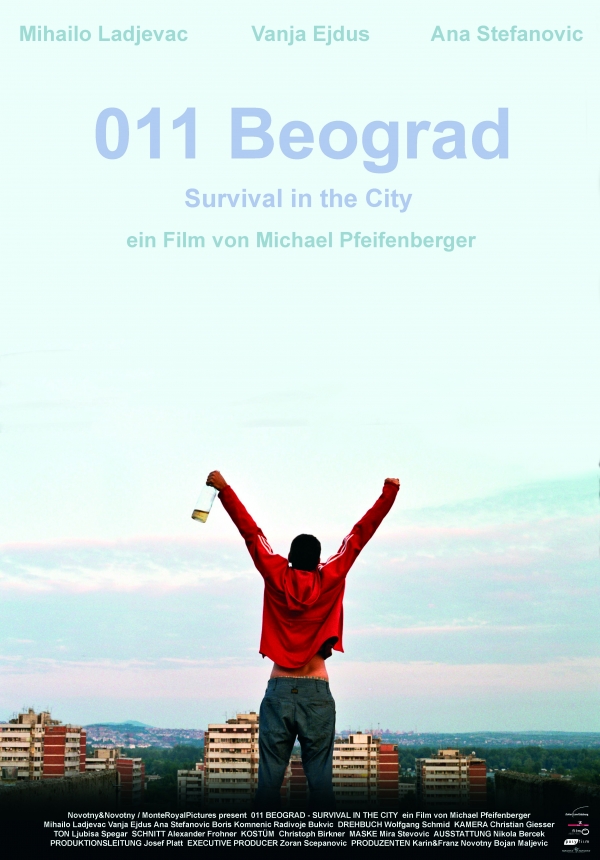 Survival in the City

A film by Michael Pfeifenberger

A production of Novotny & Novotny Filmproduktion and Monte Royal Pictures.

Synopsis
Dejan, a friendly but naive 20-year-old, is accustomed to living from hand to mouth. Until one day he decides to make his dream come true and move to Berlin. This almost mythical idea has been nutured by the example of Zjelko, Dejan's best friend, who turned his back on the chaos of Belgrade years ago and emigrated to Germany with his girlfriend, Danja. But in fact Zjielko now is dead, killed in a car accident, and soon Danja returns to her home with her illusions in tatters. Just like Maja, a friend from the lost days of school, Danja does everything to persuade Dejan to change his mind. She points out that he doesn't even have any qualifications. But despite the odds being stacked against him, Dejan is determined and sets about putting his plan into action.

Life in the serbian capital during early summer 2002 is characterised by political chaos and rampant crime, but there is also a certain joy at being alive - and many examples of an absolutely macabre sense of humour.

011 Beograd traces the stories of Dejan, Maja, Danja as they try with the only means at their disposal - the simply strategy of friendship - to overcome the lack of perspective that dominates their world. In a city where pragmatism rules, they finally resolve to search together for some place where their hopes and dreams can florish.