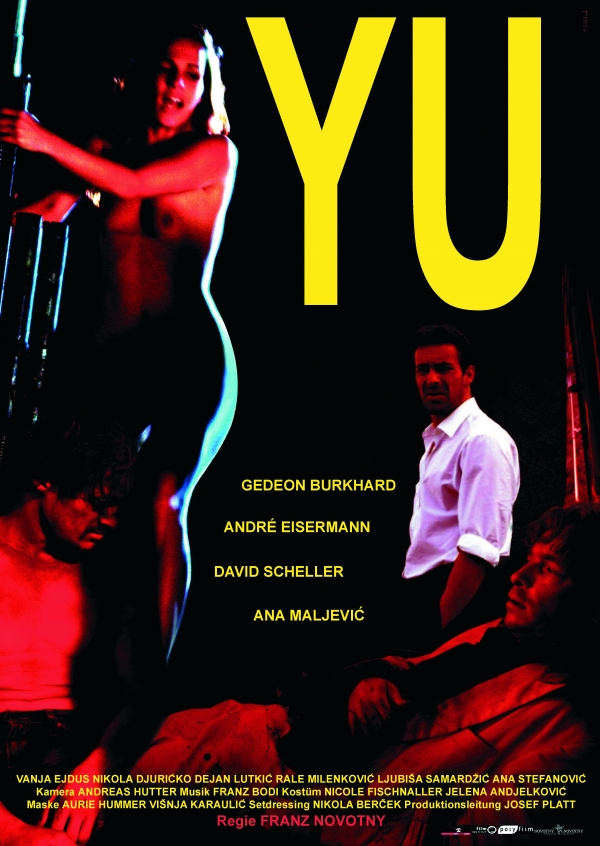 A film by Franz Novotny

The experiences and adventures of three “thirty-something” buddies who involuntarily find themselves caught up in civil unrest. At first it is simply a jaunt in their boss ‘Porsche’ which they “borrow” without permission to drive to Triest, however, it becomes an adventure in a land tearing itself apart and riddled with rivalries and pretty crime.

YU is the confrontation of three young Europeans with men from the South-East and the real "machismo".

These "men" from former Yugoslavia show different, outdated characteristics – thus, in conflict situations, they are superior to the half-men shaped by the West. ’Men are men and women are women.‘

Will the three buddies remain softies or will they use the adventures, the tests as opportunities to change their lives – provided they still have one in the end?

What’s the stimulus – and the question?
Tests of courage. Characters pass or fail in unusual situations.
Tests of life. Hope after purification.

Confrontation of two civilisations…
To be able to behave like millionaires, to act as freaky noisy proles. And, when the check arrives, the price that has to be paid for it.