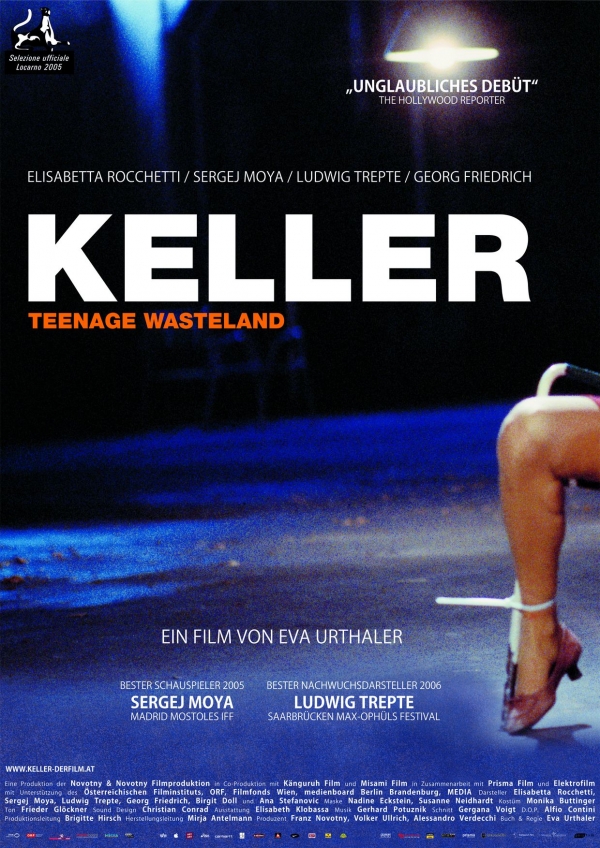 A film by Eva Urthaler

A production of Novotny & Novotny Filmproduktion and Känguruh Film and Verdecchi Film.

Sebastian and Paul are two boys about 16 years of age who spend all their time drinking, stealing and roaming around the teenage wasteland of the suburbs. It’s not only the emptiness of school life and the coldness waiting for them at home that prompts them to beat people up and set each other tests of courage. It’s the thrill, the sense of testing their limits… and the wolf-like nature deep inside that attracts them to each other.

They construct a lair of their own in a disused factory owned by Sebastian’s father. From the outset it is obvious that Sebastian is the dominant figure in the pair, because he is always prepared to go one step further than Paul. A step too far. One day they abduct the 30-year old Sonja and drag her into their lair. But now what should they do with her? They try out a number of ideas, playing around… and soon the consequences are beyond anyone’s control.

Paul gradually becomes more distant with Sebastian as he starts to feel attracted to Sonja, trying to help her as far as possible. And Sebastian? Sebastian, who wants to appear experienced and adult in Paul’s eyes and can't admit even to himself that he has fallen in love with Paul, soon feels hurt and jealous… and is capable of anything.