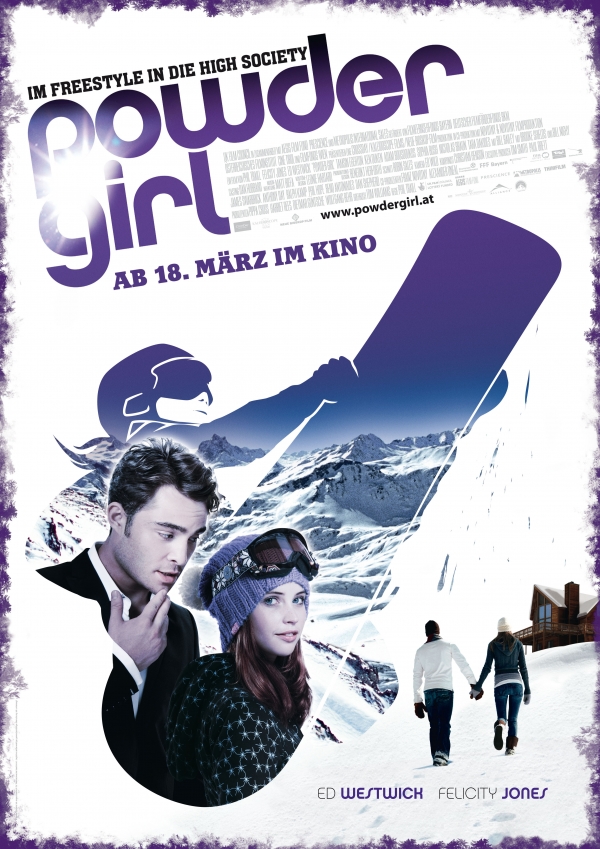 A film by Phil Traill

Synopsis
A young British working-class girl gets hired as "chalet girl" at a noble ski resort, where she feels completely out of her element - until she discovers her talent for snowboarding and the affections for her bosses' charming son is returned. However, there are thousand reasons that would speak against a Happy Ending...

Will she overcome all obstacles and start off at the famous ticket-to-ride competetion? Can the romance outlast the season? And is it really possible to fulfull one's dreams and turn your own life completely upside down?

"The Chalet Girl" is a lively and sporty translation of the Cinderella story addressed particularly to young girls. Best situation comedy, witty jokes, breathtaking landscapes and last but not least spectacular snowboarding shots will enthuse the audience.