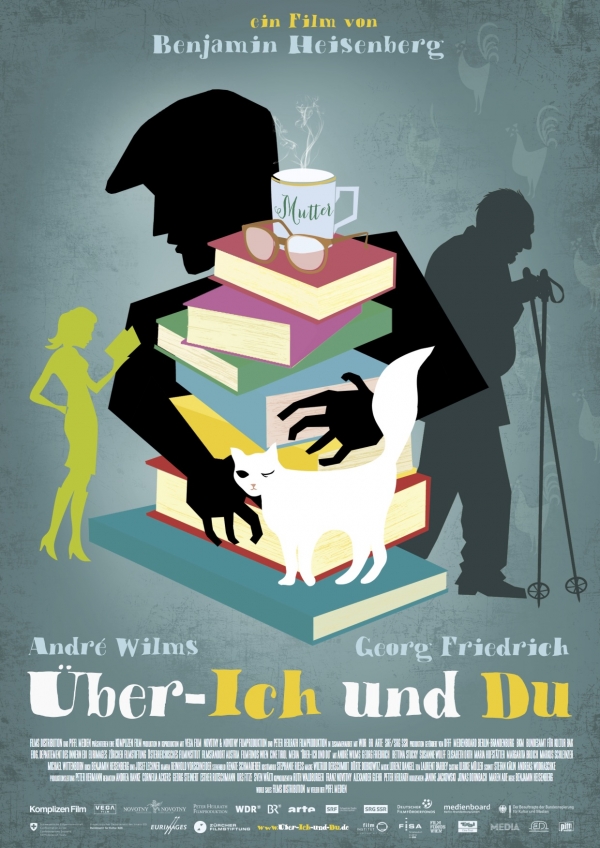 A film by Benjamin Heisenberg

Synopsis
Owing the wrong people money can get ugly pretty quick. Nick Gutlicht, a rogue with proletarian roots and an opportunistic handler in valuable books, must go into hiding. Chance leads him to the house of the aged star psychologist Curt Ledig, who despite his failing memory, a pathological fear of kitchens and an eye twitch, is fighting tooth and nail against moving in with his daughter. Nick is promptly hired as his chaperone - a lifesaver for Nick as Ledig’s posh bungalow in Feldafing am Ammersee is a brilliant hideout, and a chance for Curt to be free of his meddlesome family so he can work on an upcoming symposium lecture no one thinks he can pull off. Curt is determined to take a stand regarding his early scholarly career during the Third Reich.
The unexpected marriage of convenience between the two stubborn individualists quickly develops into a dynamic constellation with substantial centrifugal force. Curt finds a highly interesting research subject in his volatile flat mate, submitting him to unsolicited and unconventional therapy, while Nick sees Curt’s valuable library as his only chance to consolidate his finances. But meanwhile: Nick’s casual lover, the pretty bookseller Norah, is fed up with his commitment issues. Nick’s creditors are working their way toward Ammerssee led by a dubious underworld matriarch simply known as “Mother”. Curt’s family has popped in for a visit - and Nick is beginning to have some astounding side-effects from his involuntary blitz-therapy. The fates of the two antithetical heroes become inescapably intertwined until a dramatic therapy showdown in the solitude of a mountain night leaves no more room for excuses.
SUPEREGOS is its own kind of double-trouble buddy movie: dark, cryptic, with surprising wit and two magnificent leading actors.