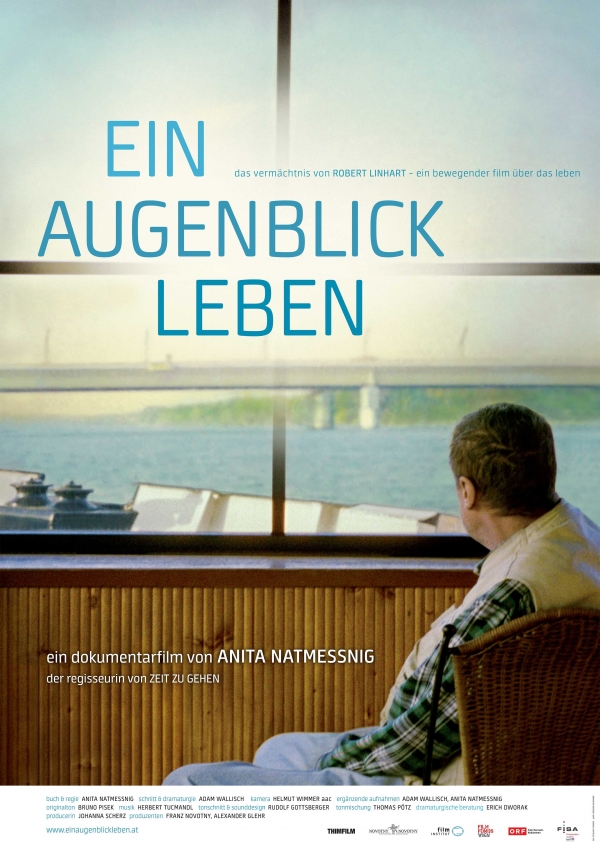 A Moment of Life

A film by Anita Natmeßnig

A MOMENT OF LIFE is the moving legacy of Robert Linhart. His message for posterity: People should like themselves more, then they’ll like others more, too. Anita Natmeßnig met up with 53-year-old Linhart in the last few weeks of his life and had number of unusually frank conversations. Linhart, who was suffering from lung cancer, was to become a role model for the director: to calmly accept what you cannot change. The film communicates the lesson she learned from meeting Linhart: Separation is an illusion. Fellowship is our true nature. Death is an illusion. Life is eternal. Now.
The result: a moving film about life.

Natmeßnig made the documentary to honour a promise. Robert Linhart had been in her documentary feature TIME TO GO (A, 2006, 95 minutes) about terminally ill patients in CS Hospice Rennweg. His wish was to live on in posterity and the director promised – a week before his death – to make a film about him. He gave her permission to keep the camera rolling after he had died.

A MOMENT OF LIFE – a kaleidoscope of emotions: sad and beautiful, humorous and anxious, cathartic and wise.  Life’s major questions and the banality of our daily existence. A testament to an extraordinary meeting between two people and a connection beyond death. The documentary draws us into Robert Linhart’s world and also gives us space to think – about our own lives.

The title of the documentary, A MOMENT OF LIFE, already gives us insight into Anita Natmeßnig’s take on life: viewed from a metaperspective, our life on earth only lasts a moment, and we can only experience it now, in the moment.