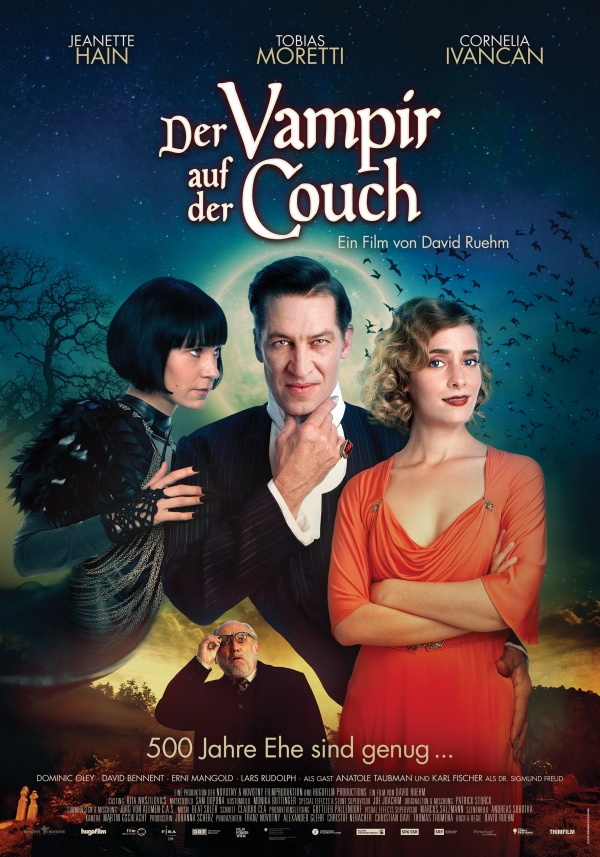 Therapy for a Vampire

A film by David Ruehm

A production of Novotny & Novotny Filmproduktion and Hugofilm Productions

Synopsis
Vienna, the early 1930s: One night Sigmund Freud has a new patient on his couch – a mysterious count who can no longer bear the “eternally long” relationship with his wife. The vain countess incessantly complains about not being able to look at herself in a mirror, the professor hears from the count. Unaware of the fact that the count and his wife are vampires, Freud introduces his mysterious patient to a young painter, Viktor, who paints portraits which express more than a mirror ever could. While visiting the painter, the count takes an instant shine to Viktor’s girlfriend Lucy – more so than Viktor and the countess would like.