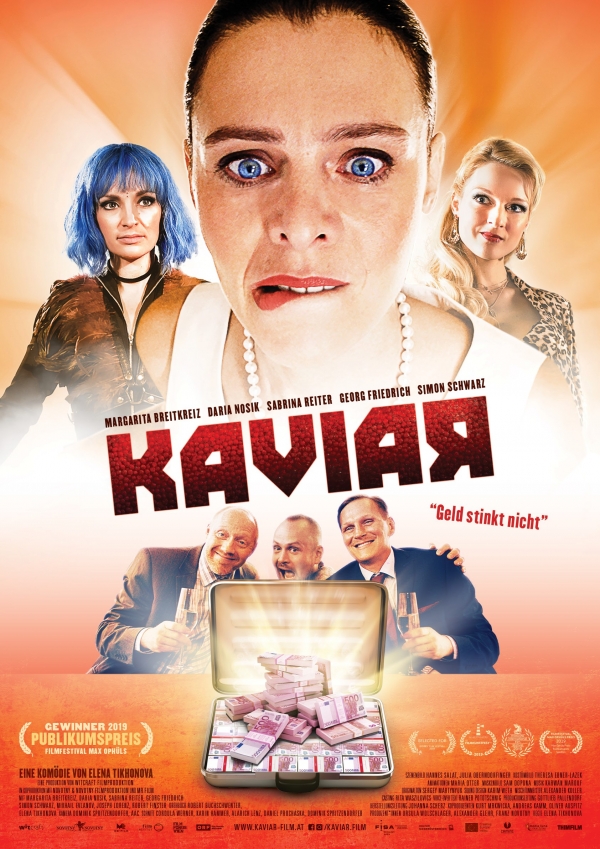 A film by Elena Tikhonova

SYNOPSIS
NADJA knows the oligarch IGOR inside out. In fact, as his interpreter she has seen more of him than both of them care to admit. But his latest project is a lot more public: a lavish villa, which he has decided to build right on top of a bridge in the heart of Vienna. Nadja wants to talk him out of this ludicrous idea immediately, but KLAUS, the charming husband of her best friend VERA, has overheard their conversation and offers his dubious connections in politics... while secretly intending to take Igor to the cleaners.

When Vera notices that Klaus has been unfaithful, and Nadja is badly insulted by Igor, the two women are hell-bent on revenge. Enter TERESA, an activist and artist, who funds her fruitless career by baby-sitting Nadja’s children; she convinces the others to expose Klaus‘s corrupt insider network.

However, things don‘t quite go according to plan as the three capricious women get in each other‘s way…