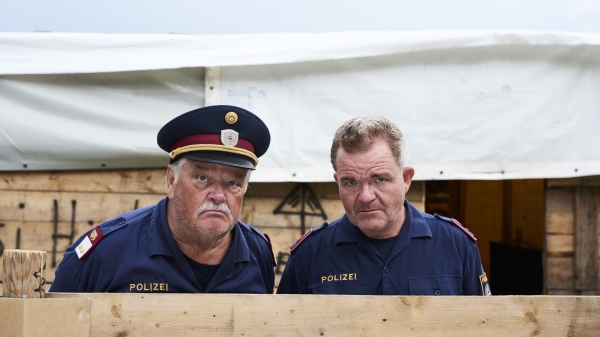 a film by Julian Pölsler

based on the Books by Herbert Dutzler

produced with the financial support of
RTR - Fernsehfonds Austria, Cinestyria and Tourismusverband Altausseeerland

Even Franz Gasperlmaier hasn't seen anything like that before and he has come accross a lot, after all Gasperlmaier has been a police officer in Altaussee (Austria) for 20 years. But finding a man stabbed in the beer tent of the popular Altaussee Fair on the monday morning is too much even for a man like him. And so he makes a wrong decision, not the last one on this day. And the dead man who sits in his own blood in the tent will not be the last one either