Statement of the producers and the director

Vienna, January 15th, 2023: two days ago, on Jan 13th 2023, an actor in the feature film “Corsage”, Florian Teichtmeister, announced through his lawyer to have been in possession of images and videos of sexual abuse of children of enormous proportions. Florian Teichtmeister has to answer for this in court.

This message has deeply shocked us. Our position on this is clear. The possession and consumption of materials of child sexual abuse is the basis for further production and dissemination of such material and is therefore equally responsible for the unspeakable suffering of countless children.

Shooting of the feature film “Corsage” by Marie Kreutzer wrapped at the beginning of July 2021, and the film was cut by end of November 2021. The premiere took place in Cannes on May 20th, 2022. Since then, more than a million people worldwide have seen this film in cinemas. It is or will be shown in 91 countries. It is currently showing in more than 300 cinemas in the USA and is among the top 15 in the cinema charts in England and the USA.

Since shooting ended in July 2021, Florian Teichtmeister has had no employment relationship with us. Nevertheless, we would have expected him to have informed us the moment police investigation into the allegations commenced. The opposite was the case: after rumours surfaced following the wrap on filming in Autumn 2021, Florian Teichtmeister, in response to explicit enquiry about these rumours, convincingly assured us (and others) of their falsity. We learned of his grave offences, to which Florian Teichtmeister has, according to his lawyer, confessed to prosecution authorities, on the 13thof January 2023 through the media.

We have, in the meanwhile, informed our co-producers, national and international distribution partners, financiers and sponsors, and the Academy of Motion Picture Arts and Sciences in as much detail about the publicly available facts on Florian Teichtmeister and will continue to do so.

We do not wish that the serious misconduct of one actor destroys the incredible performance of the entire cast and crew of the film. But no matter what happens now with the film: the love and recognition “Corsage” has received cannot be taken away.

Marie Kreutzer, screenwriter and director of “Corsage”, states: “I am sad and angry that a feminist film that more than 300 people from all over Europe worked on for years may be tarnished and damaged by the horrific actions of one person. But I am even sadder and angrier at the extent to which videos and photos of sexual violence against children are produced, distributed and consumed. We cannot see into the depths of our fellow humans. This case brutally brings to light how powerless we are in face of such a horrific topic and how urgently stronger political, law enforcement, but also psychotherapeutic measures are required.” 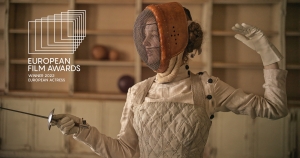 ALL RISE FOR THE EMPRESS!

We are thrilled to announce that Vicky Krieps received the EUROPEAN ACTRESS 2022 Award at the European Film Awards in Reykjavík for her performance as Empress Elisabeth in Marie Kreutzer's film CORSAGE. 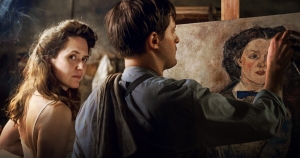 ALMA & OSKAR celebrated its world premiere in Goa at the International Film Festival India and what an adventure it was! Director Dieter Berner, actor Valentin Postlmayr, producer Johanna Scherz and a small part of the team celebrate the premiere togehter with an excited audience in beautiful India.

In Juli 2023 ALMA AND OSKAR will be released in Austria, German and Swiss cinemas!

We are proud to receive the Austrian Ecolabel Award for Greenproducing.

Producer Alexander Glehr and our Green Producing Appointee Maria Mattkay received the award from climate protection minister Leonore Gewessler. Of course, this is not the end of our Green mission, but just the beginning!